You can now generate and purchase your CESA contracts (Forms of Agreement and Professional Services Agreement) online. You will receive a single-use electronic document.
Click here to begin. 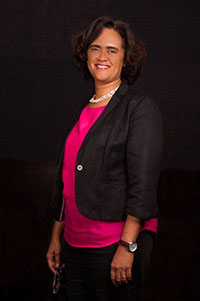 At its Annual General Meeting held during the Infrastructure Indaba on Monday November 9, 2015 at Emperors Palace, Consulting Engineers South Africa (CESA) appointed Lynne Pretorius from ITS Engineers as President of the organisation for the next two years. She holds a BSc Engineering (Civil) and M. Engineering (Transportation) from the University of Cape Town and has worked in the Engineering industry for 22 years after graduating in 1993.

In her inaugural speech, Pretorius indicated that South Africa is on a dynamic trajectory that requires visionary leadership and flexibility from all stakeholders and role players to adapt to the changing and challenging environment currently prevailing. She stated that her key objectives are to get the CESA house in order, encourage members to submit quality bids and to be open and honest about corruption.

"Concerted effort is required from all of us to address the imbalances of the past thus creating a South Africa that everyone is proud of. Government requires us to transform our industry. We realise that this is a long-term process but we have to align ourselves to leverage business opportunities."

She has worked for both the Private sector and Public sector (including four years with the City of Cape Town). Pretorius specialises in transportation engineering with a focus on sustainable transport modes and integration between transport and land use.

She is passionate about the growth of small businesses as well as the development of young engineers. She vehemently opposes corruption and sees it as one of the biggest threat to service delivery and our industry. Lynne began her career at Aurecon (then Van Wyk & Louw) in 1994 and moved to the City of Cape Town in 2000. She started a transportation engineering consultancy practice in 2004, which was incorporated into ITS Engineers in 2012. She is currently a Director of ITS Engineers.

Pretorius is married, has two children, and joined CESA Board in 2013 as the organisation's Deputy President.